Our Fuel Is Great for the Planet and Your Budget! 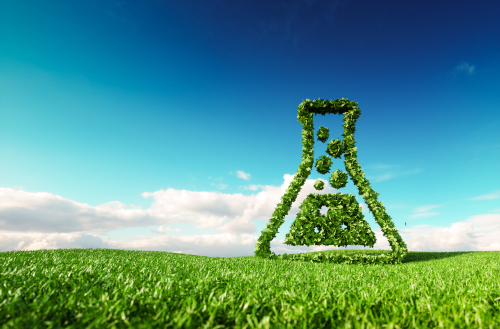 Like many people in the South Shore corridor and globally, we are concerned about the effects of climate change on the planet. At Frank Lamparelli, we want to do our part to reduce emissions and promote domestically produced, energy-efficient heating fuel.

That’s why we are proud to deliver Bioheat® fuel—a blend of ultra-low sulfur heating oil with up to 20 percent biofuel. Bioheat is excellent for the planet, and we’re happy to say it’s also great for the economy and your home’s heating system, too.

Eco-Friendly Fuels like Bioheat® are Fuels of the Future

Bioheat fuel creates significantly lower emissions because it’s made with carbon-neutral biofuel. What’s the difference between Bioheat and biofuel, you ask? Biofuel is a gallon-for-gallon replacement for petroleum-based heating oil. It’s made from organic and recycled feedstocks like:

Blending 20 percent biofuel produces a 14.6 percent reduction in CO2 emissions. It produces fewer greenhouse gas emissions than natural gas! It also has 80 percent less sulfur dioxide and up to 30 percent less nitrogen dioxide, both contributors to acid rain and respiratory ailments. By 2050, the industry expects to reach net-zero carbon emissions.

In short, Bioheat fuel is part of the decarbonization solution…today.

Bioheat Keeps You Comfortable for Less

You don’t have to sacrifice comfort with Bioheat fuel. It burns hotter than other fuel types, warming your home faster and with less oil. In modern oil-fired systems (FYI—Bioheat does NOT require special equipment) you can reach fuel efficiencies above 90 percent.

Even better, since Bioheat burns so cleanly, it leaves very few deposits in your equipment. Fewer deposits mean fewer repairs and a longer lifespan for your heating system.

In an age of global energy uncertainty, Bioheat fuel is domestically produced and helps America’s economy. Production of Bioheat fuel supports 62,000 jobs in the United States and generates billions of dollars in gross domestic product. The follow-on effects of Bioheat help countless groups, from soybean farmers to restaurant owners to local fuel companies like ours.

If you use Bioheat fuel in your Massachusetts home, you should feel fantastic for supporting decarbonization, American jobs and your own home’s HVAC systems. If you want to start enjoying all the benefits of Bioheat, become a Frank Lamparelli customer today.